“I’ve been looking at [Keret’s] Substack and it’s so witty and enjoyable, and he’s clearly having a wonderful time doing it, I thought, ‘maybe I could do that’” — Salman Rushdie, The Guardian

Fifteen years ago, I tried to write a series of stories documenting the life of one person, from birth (the first story was about an argument between parents about whether to get their son circumcised) to death. The stations along the way were very mundane: first day at school, first experience of death, first kiss. The last station I wrote was “Sunset,” and then I just stopped. I knew that my fictional hero was continuing on his way, but after writing “Sunset” I felt that his life was too difficult and gloomy for me. Strangely, when I reread the story a few days ago, it didn’t seem as severe or depressing as I’d remembered it. I’m not sure if I’ve hardened over time, or if it’s just that in the intervening decade and a half, reality has closed some of the gaps between the apocalyptic world of “Sunset” and the one we’re living in.

...although this time, due to an unplanned back injury, it might be more appropriate to call it "Truth or Truth." You're all invited to wade with me into a few topics, without which no troubled soul is complete: guilt that refuses to fade over time; boring cities in Australia; and of course, fantasy bumper stickers (I never leave home without one!) 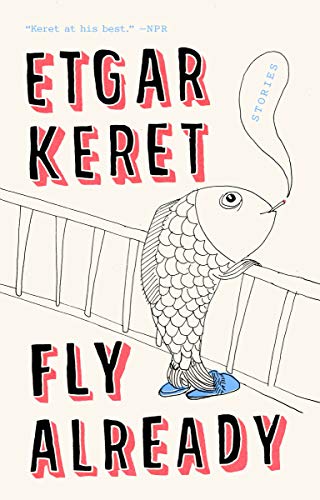 If Kafka Were Israeli and Wrote About Talking Goldfish

“The Middleman“, an Arte mini-series starring Mathieu Amalric, written and directed by Etgar Keret and Shira Geffen, has premiered on the Arte channel May 7th 2020.

Watch online (French with English subtitles) at the Criterion Channel.

Smoking dope is illegal, but screaming at an Arab who ran over a little girl — that's not only legal, it's downright normative. 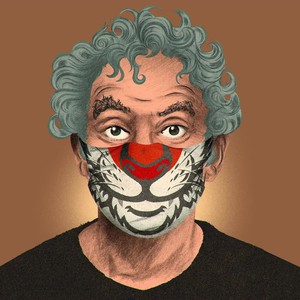 In an overwhelming, unpredictable world, our virtual selves offer an appealing existential strategy.

I believe that there is a truth. I believe it is very difficult to articulate that truth. I try to go in that direction, but I don’t pretend I will get there.

For Keret, the creative impulse resides not in a conscious devotion to the classic armature of fiction (character, plot, theme, etc.) but in an allegiance to the anarchic instigations of the subconscious. His best stories display a kind of irrepressible dream logic